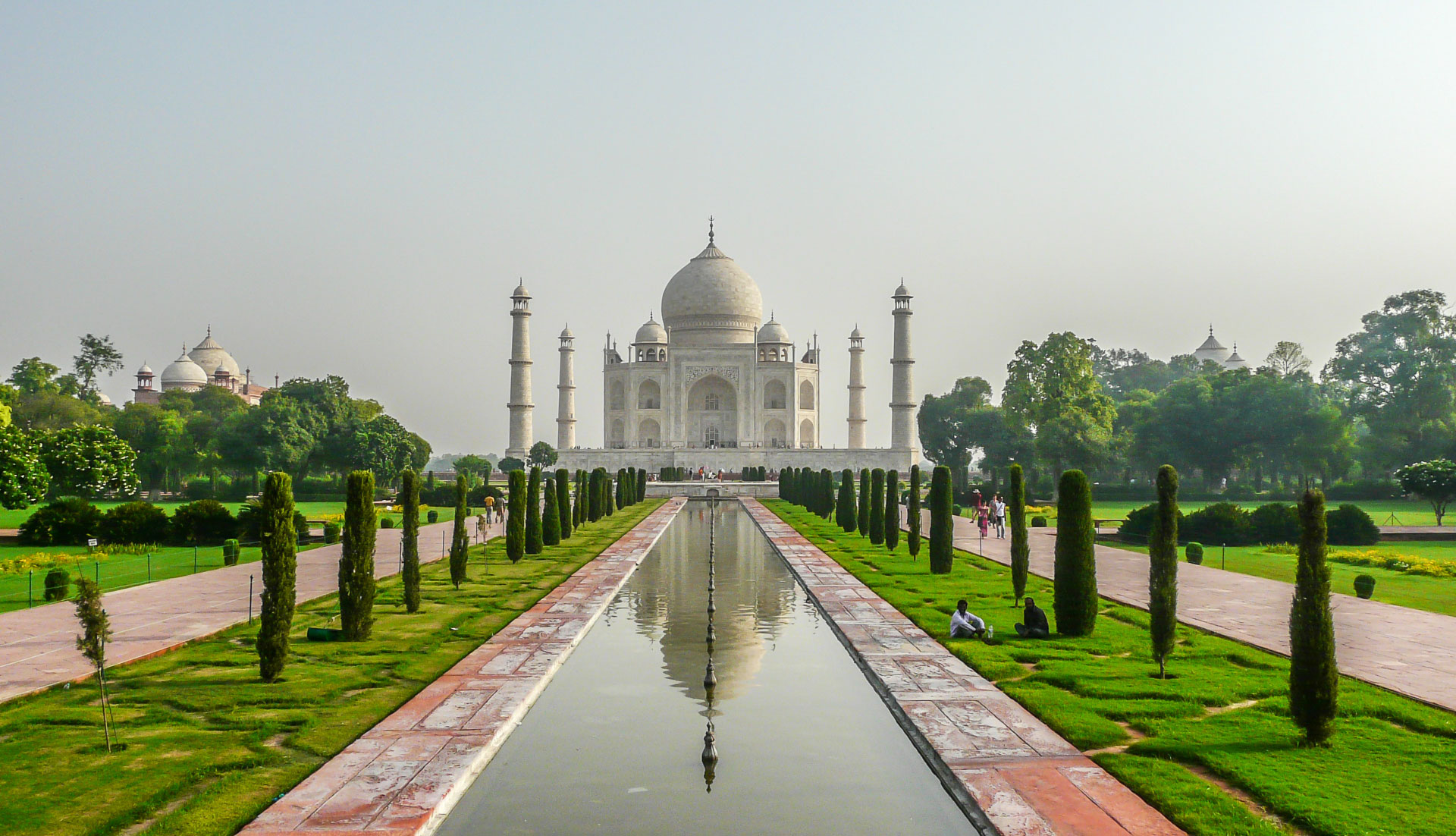 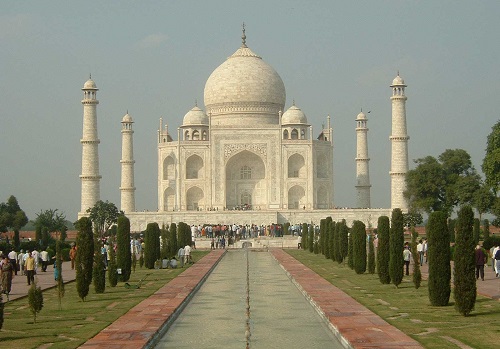 Here is the official list of the New 7 Wonders of the World. How many are on your bucket list?

Is it a dream of yours to see the awe inspiring Machu Picchu perched high up above the clouds in the Andes? Or maybe you want to watch the sun go down over the majestic Taj Mahal or discover the fascinating hidden World of Petra. 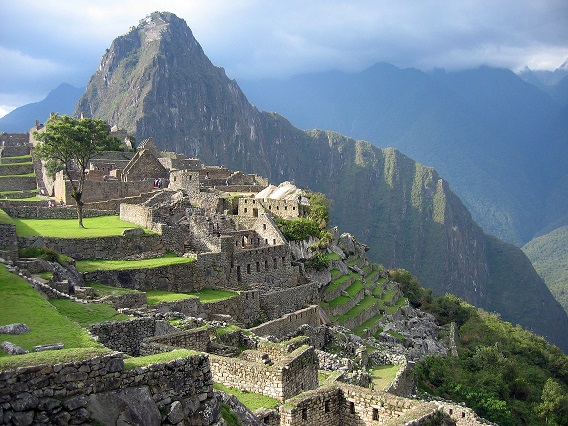 What – South America’s most famous archaeological site. The 15th century Incan citadel sits high up in the Andes in a spectacular location. Famous for being the lost city of the Inca’s, it was abandoned for centuries.

Where – The site sits high up above the town of Aguas Calientes about 70kms from Cusco.

Getting there – The nearest airport is Cusco. If you are flying from the UK you would need to fly via Lima. From Cusco you can take a tourist train to Aguas Calientes and then either hike up or get a bus from there. The Belmond Hiram Bingham is one of the continents most luxurious trains. For the ultimate adventure you can trek along the famous Inca Trail  through the mountains which takes you right up to Machu Picchu. The trek takes four days. Take note that the trail is closed in February each year.
When to go – Try to avoid the wet monsoon months and in winter the nights can get very chilly. The warmest and driest months are April, May, September and October.
Where to stay – Palacio del Inca in the heart of historical Cusco is a 5star converted colonial mansion. It boasts luxurious and traditional interiors with great service.
Other attractions – There are lots of other fantastic Incan sites in and around Cusco. Plus lots of treks and activities like rafting and mountain biking. You might also want to include a visit to Lake Titikaka or include a flight over the Nasca lines. 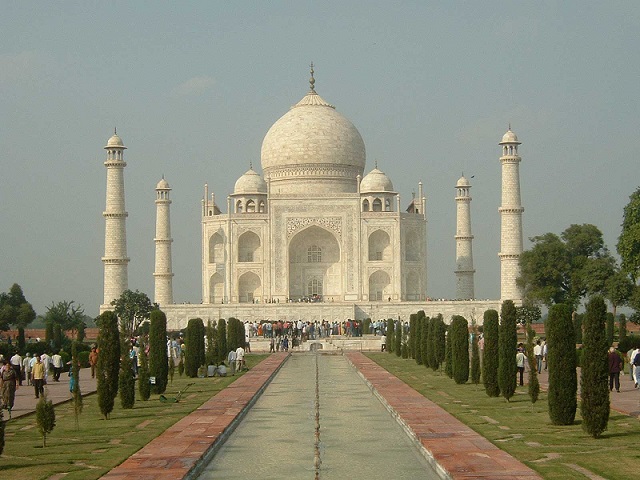 What – One of the most recognised building in the World. The Taj Mahal is an gleaming white marble mausoleum complex built over 20 years by the Mughal emperor Shah Jahan to house the remains of his beloved wife.
Where – The Taj Mahal sits on the banks of the Yamuna River in the city of Agra about 200kms from New Delhi
Getting there – You can fly from the UK to Agra via Delhi. Or if you are staying in Delhi you can join a private tour or take a train. The Taj itself is just outside the city of Agra so a short 20 minute taxi ride from the tourist hotels

When to go – Try to visit on a weekday but avoid Fridays as it is closed. Weekends can be super busy with huge crowds. Try to avoid visiting India in monsoon season (July to September) so I recommend the dry & cool season, October, November and April to June are good. December to February does tend to be quite smoggy, so visibility can be quite bad.
Where to stay – Oberoi Armavillas in Agra. Unbridalled luxury and some of the best views of the Taj Mahal from your balcony or the hotel terrace.
Other attractions – Agra fort is a vast red sandstone and marble palatial fortress and well worth a visit. There are so many other amazing places in India, too many to mention. Most visitors will combine a visit to the Taj Mahal with other fantastic places and experiences on a tour of the countries best sights. 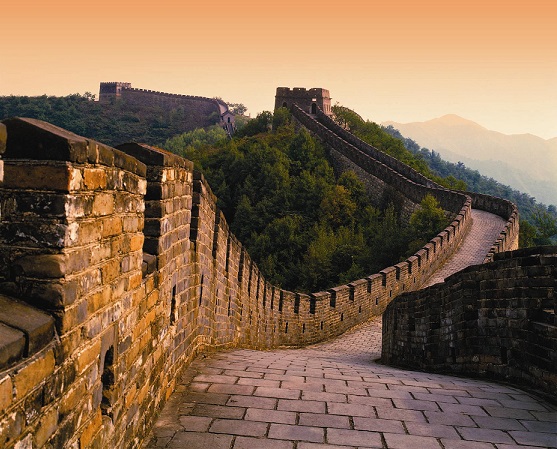 What – The Great Wall of China is an awe-inspiring feat of ancient architecture. It is the longest and largest man made structure in the World. A mind boggling 5500 miles long it winds up and down steep mountains and deep valleys, through dramatic scenery.

Where – The best and most accessible parts of the wall are located just North of Beijing. Badaling is the best preserved section and just 30kms outside the city centre. It is one of the most photographed sections but can get busy.  You could also try the Mutianyu section for less crowds or head out to parts of the less preserved and so less touristy sections.
Getting there – There are plenty of direct flights to Beijing from the UK. Most visitors will be on escorted tours of China and so your transport to and from the wall will be included. If you are travelling independently you could jump on the Bullet train which takes about 20 minutes from Beijing.

When to go – I recommend April, May and September, October. It is cooler in the day and less crowds than the busy Summer months. Try to avoid the icy cold winters if you can and always avoid local school holidays when the crowds can get crazy.

Where to stay – The Waldorf Asroria in Beijing is a super stylish 5star hotel, just a twenty minute walk from the Forbidden city.

Other attractions  – The Forbidden city in central Beijing is a must. China is home to lots of other amazing sights that you can include in an escorted tour. Visit traditional villages, high tech cities or take a relaxing Yangze river cruise for instance. 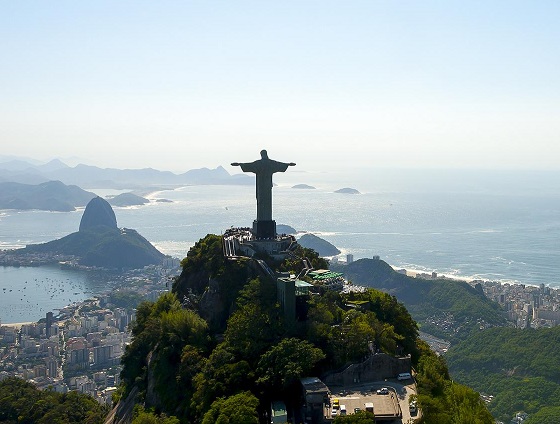 What – A colossal statue of Christ perched high on a mountain overlooking the sprawling city of Rio De Janeiro. The statue is emblematic of Rio and it’s most recognisable sight and can be seen from all over the city.

Where – On top of Mount Corcovado, on the edge of Rio de Janeiro
Getting there –  There are direct flights on BA and now budget airline Norwegian, from London. To get to the statute take a taxi to Corcovado train station for the scenic train journey through the Worlds largest urban rainforest to the summit and the statue. If you can afford it there are amazing helicopter flights around the statue and over the city.
When to go – I prefer December to March when it is sunny and warm. February is Carnival time so prices are much higher but Rio carnival is itself another bucket list event you might want to include.
Where to stay – Copacabana Palace is Brazils most famous hotel. This grand old lady over looks the World famous beach and oozes old world charm and luxury.
Other attractions – Sugar loaf mountain is another famous and recognisable Rio sight. Also, enjoy the buzz of Friday night in Lapa, where drinking and dancing in the narrow cobbles streets are the norm. Why not combine your Rio stay with a trip to the Amazon river and jungle. Or the majestic Iguassu Falls 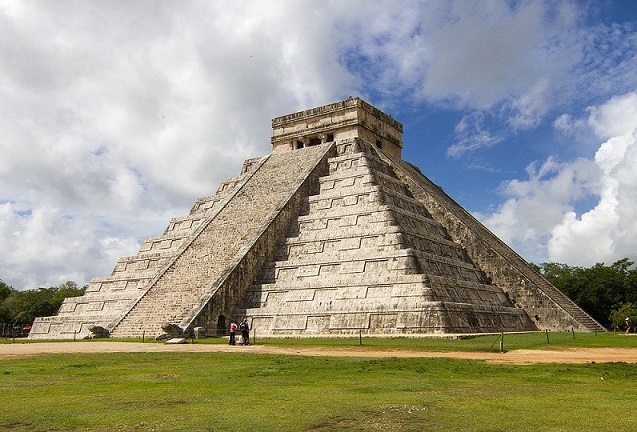 What – Chichén Itzá is a dazzling ancient city that was one of the most important and sacred sites of the Mayan empire in Central America. Famous for its vast stepped pyramid the whole site sits of 4 square miles.

Where – The site sits in central Yucutan state about 120 kilometres from Cancun.

Getting there – There are various direct flights to Cancun from London or Manchester. The drive to Chichen Itza from Cancun or Riviera May takes just over two hours. Most people will book a day tour with transport included.

When to go – November to April is their summer so the best if you like dry sunny and hot weather.
Where to stay – There are hundreds of great beach resorts. I think the Riviera Maya is nicer than Cancun. Try the 5star all-inclusive TRS Yucatan which offers fabulous luxury and great facilities and prices.
Other attractions – Tulum is another Mayan site, well worth a visit. You can also swim with whale sharks at Isla Holbox or go scuba diving the amazing reefs of Cozumel or visit the unique Centotes caves. 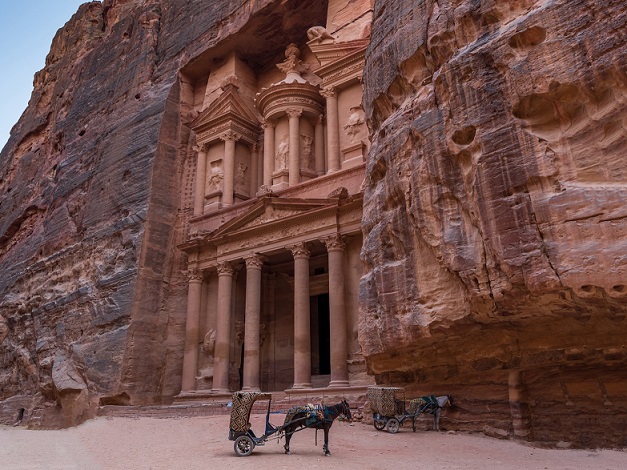 What -This amazing hidden treasure is a honeycomb of hand-hewn caves, temples, and tombs carved from sandstone in the desert of Jordan some 2,000 years ago. Hidden by time and shifting sand, Petra tells of a lost civilization we still know so little about.

Where – Near Wadi Musa, In the deserts of South Jordan around 230 kilometres South of the capital Amman.
How to get there – fly to Amman and then it is a 3-4 hours drive. I recommend taking an escorted or private tour although you can hire car or get a taxi to get there independently. You can hire a horse at the visitor centre or walk if you prefer for the dramatic 2km journey to the ancient city.

When to go – Try spring and autumn. March to May or September to November. Summer months can get unbearably hot with temperatures over 40oC in the desert.

Where to stay – You can experience a night in one of the locals cave dwellings for a really authentic experience. For a more luxurious stay then the 5star Movenpick Petra is right by the entrance and so just a short walk to the site.

Other attractions – There is not too much else in this remote desert region, so join a tour of Jordan and the Middle East to combine other sights and even other countries. 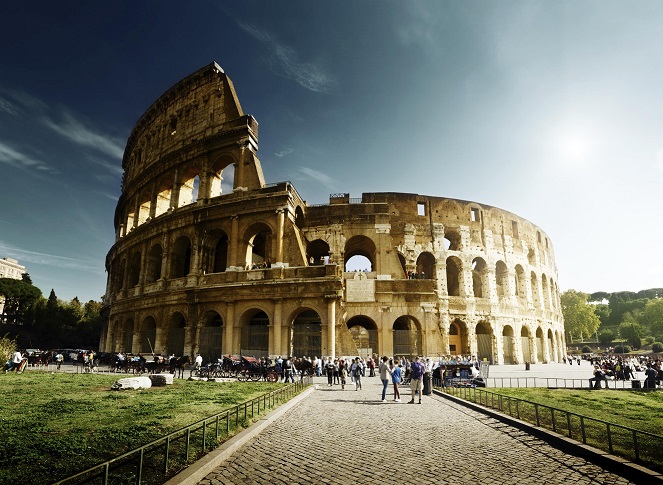 What – This instantly recognisable symbol of Rome is the largest Ampitheatre of the Roman Empire. Now over 2000 years old,  in it’s heyday saw 500 years of gladiator fights and other spectacles.

Where – Rome of course

How to get there – There are numerous direct flights from all over the UK to Rome. The Colosseum sits right in the heart of the city so walking distance from most hotels.

When to go – Any time is a good time to visit Rome but maybe avoid school holidays and national holidays as it can get very busy and expensive. Summer months can be hot so make sure you get a hotel with a nice rooftop pool.

Where to Stay – For exquisite luxury the 5star Palazzo Mafredi sits directly opposite the Colleseum. There is also the 4star Mercure Colosseum where you have great views from the rooftop terrace and swimming pool.

Other attractions – Rome is great for a city break. See the Spanish steps, Trevi fountain and the Vatican where you can visit the Sistine chapel. Just take a wander around the city. Rome is like an outside museum. 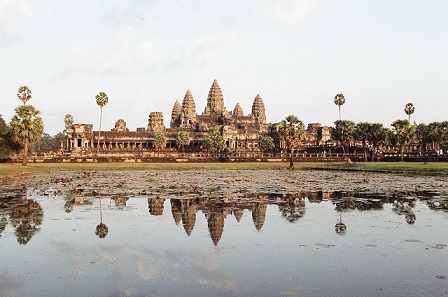 What – This vast temple complex is the largest religious monument in the World. This feat of Khmer engineering and design took 30 years to build in the early 12th centrury.
Where – Siam Reap, Cambodia 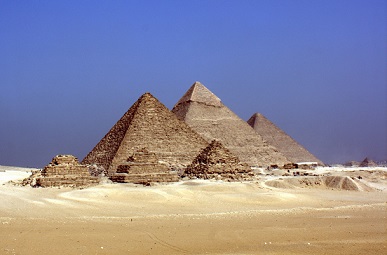 What – Okay, so I know this is an ancient wonder of the World. The amazing structures over 4500 years old. 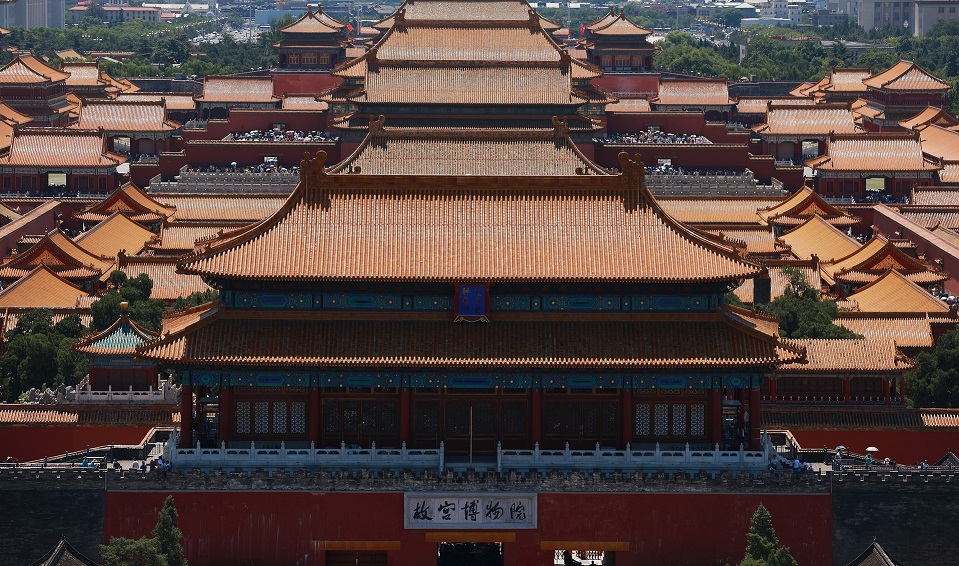 What – Vast palace complex that was home to China’s ruling emperors and their households for almost 500 years.
Where – central Beijing, China 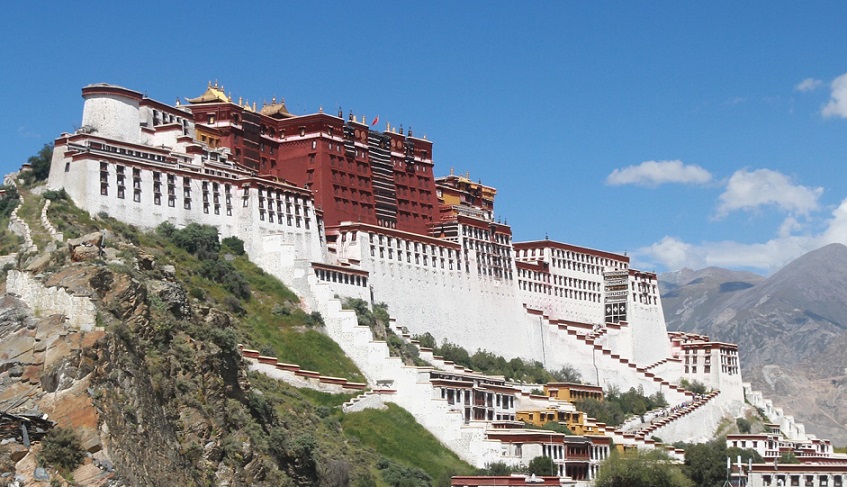 What –  This dramatic palace fortesss in Tibets capital was the offical home of the Dalai Lama until his exile to India in1959.
Where – Lhasa, Tibet (China) 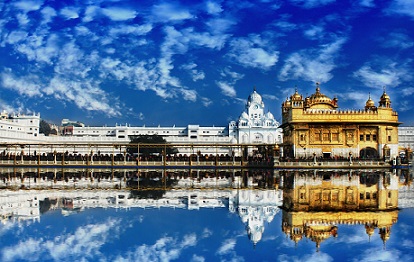 What – This stunning temple is the holiest site for Sikhism and the most important pilgramage site.
where – Amritsar, India

If you want to make your next trio a life changing adventure to one of the Wonders of the World, just ask Paul to help create your perfect journey – START YOUR JOURNEY HERE 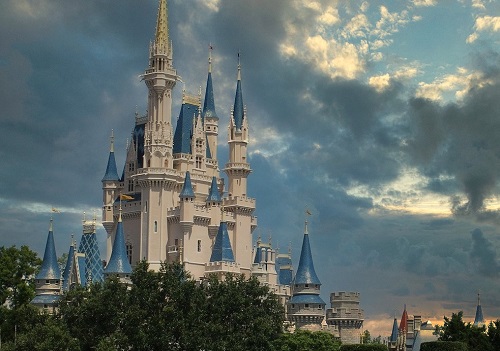 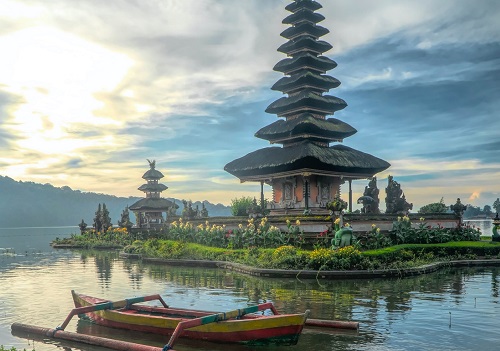 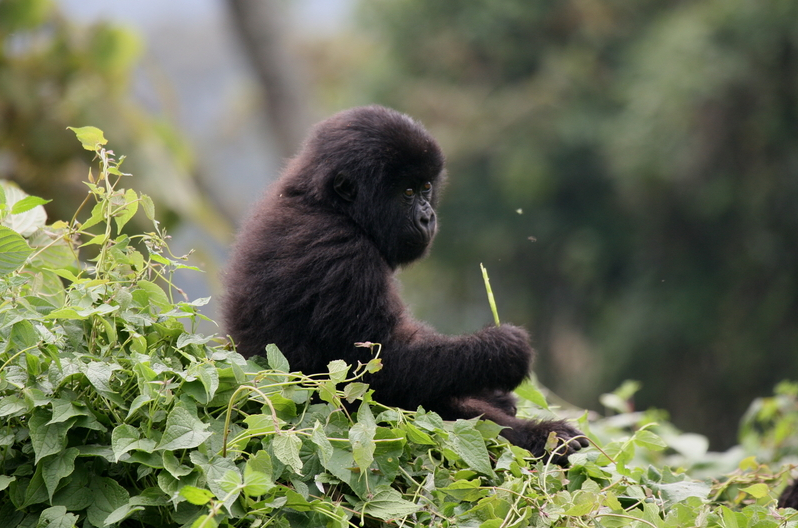